Well the Moc is going to change phones and shut down all land lines , which i assume my ADSL is going offline for some time.

I have one thing to say

Daisy, Daisy, give me your answer do. I’m half crazy all for the love of you. It won’t be a stylish marriage, I can’t afford a carriage. But you’ll look sweet upon the seat of a bicycle built for two.

Every thing in the world has dual usage , you can get information and you can get bad stuff
YouTube , Internet , DVD , the list would be endless

Two things to notice in this Letter sent by the Ministry of mis-Communication
1- it was sent by the head of the phone tapping department
2- the Legal reasons are two Ministry Decrees 103/2000 , and 70/2003
and by reviewing the list of ministers from Kuwait Political Data base [Link]
We find the Minister responsible was Ahmad Abdallah al-Ahmad Al Sabah

which bring us to another problem with Government works
No information , for starters , what is the knowledge of that phone tapping guy about the internet ? what is in those two Decrees ?
We don’t have any information and the one to blame is the Ministry of Misinformation

So yes Ministry of miss-Communication , we want our Youtube

Do not go around posting it on your blog , yes you may thing you are helping people but in reality you giveing hits to the censors at ministry of Communication

DO you know why Torrent sites and blocked from time to time ? 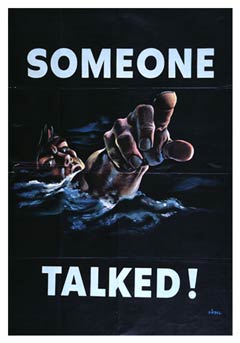 the MOC send a list every month asking for sites to be blocked , and they do read your blogs to get sites because they are blocking sites that have went down a month ago , but still send it because it was mentioned on blogs

So remember if a site return ( or not Return ) there is no need to tell everyone and their family , if a site magicaly returned
keep it to your self or friends you talk to ( not on blogs duh )

So i was trying something , the internet is full of sites of how to do it your self stuff

I always wanted something to make my pictures look better , especially when i take picture of items so i built a Photography Light Box i was going to post step by step , but the end product is so horridness its doesn’t deserve to have step by step to show you how to get the disaster i made But i did one photo with it not bad , i need more light i think

I’m enjoying playing around with the eeepc , sure the keyboard need a bit of time to get used to ( its small if you haven’t noticed ) but , still usable , I type a bit slower than I normally do , but still , the speed reduction isn’t that huge ( I’m not 1 finger typeset or a secretary material )

It’s been working fine with all the WiFi spots I have been to, and worked with WiFi in dewaniyas I frequent.

If you know Kuwaiti culture you would know how most people enjoy teasing and tell jokes at your own expense, I got 3 jokes asking if it was my mobile, 2 about if it was a sandwich

another funny thing , some dude told me that I’m so last year , his brother bought this 2 years ago , when I questioned him further I told him maybe your brother bought a Sony viao , he insisted it was an asus same model as mine but black , so it seem there are people with time machines in Kuwait