So i went to Dubai to attend Gitex 2010 Last , should have posted this early but got sidetracked by many things

the Government section is HUGE , UAE are going full into the Digital Age , a lot of Government ministries and agency are giving a lot of services online , with many ways 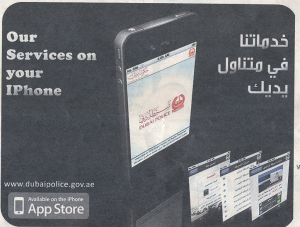 but it is not just services , they are trying to seed the way for more advanced and knowledgeable generation ( the role our government should be playing but they aren’t )

on another note, to take your mind about the sad , here are some humors

Intel booth , made me want to change my Chip

Razor Booth , the girls were covered the the days after Saudi Arabia Gitex , someone this should be filed under False advertising Oh and i managed to get my hand on Galaxy Tab , expect a Review of it soon

It’s been a while since I wrote anything, two things make me less motivated to write

First thing work, I work in the government, and it’s getting depressing more and more lately,
between mistakes left and right , everyone trying to throw blame at others , work that delayed for some reason since 2007 and no one touched it ( and I’m suddenly supposed to do it now ) ..Etc

I did write couple of posts but didn’t post them, some may seem outdated and some maybe posted later

These are some of the posts titles

The other thing that making me less motivated to write is Kuwait , not the weather but the people , the more you read or interact with people the more you feel this country is like a bus driving to the cliff

And you can’t ignore them, if you don’t’ go to Dewaniya or read paper you will see them in blogs, switching off your TV wouldn’t work, you will see more idiots on your way to work, or at work

Stuff people say that I think is totally stupid

Wrong, 1986 – 1990 is a good proof, it was stable government with many veterans yet it failed to do anything

– We don’t need a Forth Refinery, we have Three

Wrong , we need it badly , the count of Refinery is Three , doesn’t mean they work as normal three , one of them is WAY outdated , and is slated to close at 2010 ( which was pushed back 3 times ) one keep on breaking , and the newest one isn’t in a better shape either

Not only we don’t’ have the capacity to produce Gas for Electricity (right now we are burning Crude for that) but they are having real problems fulfilling local needs right now
(Not to mention they do not meet environmental standard, if you are into that kind of stuff)

Where I know that? Friends working in the refinery, I don’t get news from newspapers, they are bad in Kuwait as I have said many times

– Dubai is brilliant they made everything without depending on oil

No , they didn’t , first they have oil ( abet limited but still ) also they depend on Abu Dhabi oil revenues as well ( and right now they will depend more on them for a bailout , read latest Newsweek )

I think a bit of Venting is good for the soul, I may vent more next week 🙂

Right now in Beirut , for two days , the electricity keep on flickering after 10 PM , on off on off

And I’m in Beirut , but went to the mountain for some visits , the weather is really great up there Did a small walk around my hotel , was searching for a supermarket or something similar , everything is closed at 10 PM !!!and i thought they don’t sleep in here

Of course the Weather in Beirut suck , its full of smog and it smell of diesel

Here are some pictures from my trip to Romania , it was a Sunday so not much people were in Bucharest

Away from Kuwait for a bit , on a business trip to Romania
nice weather here , too much to do and little time for sightseeing , which suck , wanted to visit the count castle but no time 🙁