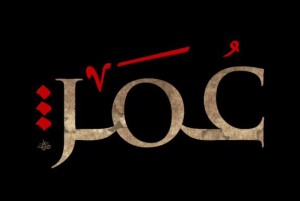 I normally do not watch TV in Ramadan , very poor Arabic drama
but this Ramadan i watched ( online ) the new series Omar , about the second caliph Omar Ibn AlKatab from MBC & Qatar Tv
( they have it on youtube channel and their site [Arabic][Arabic with English sub] )

So after i watched the whole series , i think its one great series , yes its not as good as some HBO series , but remembering this is a 30 episode series and not just a limited series , and its very close to the quality

It does have some drawbacks

– Some Fight scene ( Swords or elephants ) aren’t done very good , most are good , but they need more practice
– Sometimes they use voice over , and you can notice it , not sure why sometimes they do use it
– The Series has to much characters , you will get confused sometimes
– The scenes with the prophet ( peace be upon him ) just stall , and dampen the flow, some actors look shocked to act to a camera

The good
– It does seem to stick to the books , as an avid reader i saw some stuff missing , which is acceptable since this is about Omar not the other characters , but nothing much added
– they try to sneak in couple of good advice from time to time ( kind like a Public service announcement )

How good i think the series is ?
after i watched it all online , i’m waiting for the DVD / Blu-ray , that is how good is it